Share a memory
Obituary & Services
Tribute Wall
Donations
Read more about the life story of Carl and share your memory.

Carl J. Tenda, 89, of Clarksburg went to his glory on Tuesday, January 17, 2023 at his residence surrounded by love and his family. Carl was born to Patsy Tenda and Rose (Gallo) Tenda who preceded him in death, Mr. Tenda is survived by his wife of 67 years Bernice (Harcum) Tenda, his son James P. Tenda and Millie a faithful companion.  Carl is also survived by sister in laws Zoe Ann Evans of Maine and Mary (Harcum) Horne of Virginia, brother in law Hayward E. Horne of Virginia and several nieces and nephews. Carl was Preceded in death by his granddaughter Mattie R. Tenda, brother John Tenda, sister Catherine (Tenda) Jenkins, brother in laws Roy Evans, Bob Dick, Jerry Ginger and Aldon Heckinliable and a sister in law Jesse (Harcum) Heckinliable. Carl served in the U.S Air Force during the Korean conflict.  After his time in the service Carl worked in the glass manufacturing business for several years, the last being Anchor Hocking which brought him throughout the U.S, Italy and China. Carl was an avid golfer spending much of his time at Bel-Meadows as a golfer and employee in his later years.  He also enjoyed hunting, fishing and raising his tomatoes and peppers.  He will be greatly missed by all that survive him, but will never be forgotten.  As per his request Carl donated his earthly body to WVU medicine in hopes that through research it may save someone later in life.  Carl was catholic by faith, and angel flying close to the ground.  Condolences to the family can be sent to Jamestenda3@gmail.com A memorial service celebrating his life will be given at a later date.  Online condolences may be sent to the family at www.DavisFuneralHomeWV.com. Davis Funeral Home is honored to serve the Tenda family.

To send flowers to the family or plant a tree in memory of Carl J. Tenda, please visit our floral store. 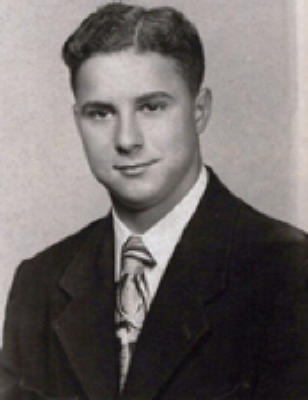 In Loving Memory Of

Look inside to read what others
have shared
Family and friends are coming together online to create a special keepsake. Every memory left on the online obituary will be automatically included in the book.

In Loving Memory Of

Look inside to read what others have shared

Family and friends are coming together online to create a special keepsake. Every memory left on the online obituary will be automatically included in the book.

You can still show your support by sending flowers directly to the family, or by planting a memorial tree in the memory of Carl J. Tenda
SHARE OBITUARY
© 2023 Davis Funeral Home and Onsite Crematory. All Rights Reserved. Funeral Home website by CFS & TA | Terms of Use | Privacy Policy | Accessibility